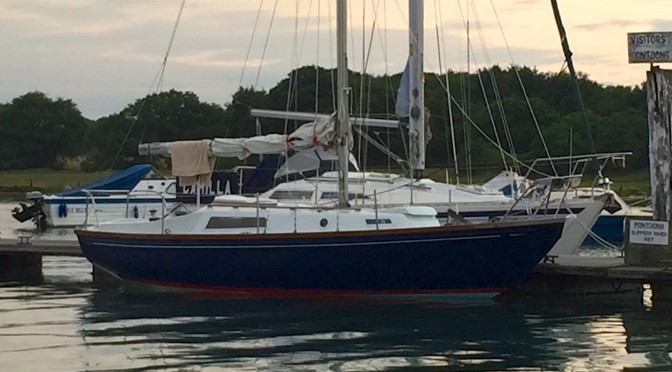 This year’s crew is racing on Pete’s restored Cutlass 27 ‘Windchat’.  We’ve sailed together for the last 5 years but this is the first time we’ve ventured on to an owned boat and downsized below 37′ for the race itself. I started sailing 5 years ago after a recommendation from a friend. My wife and I both got the bug, and passed as Day Skippers within the year. We then spent a summer bareboating in Greece and loved it. This will be my third RTIR. I have lost the last two to our skipper and am looking forward to a win this year. If you can’t beat them, join them!

My ambition is to always stay slightly ahead of my wife with sailing certifications, just to keep that edge. Also keen to make sailing part of family life, and take our daughter out as soon as she’s old enough. Really keen to be back in the race having missed last year for my sister’s wedding.